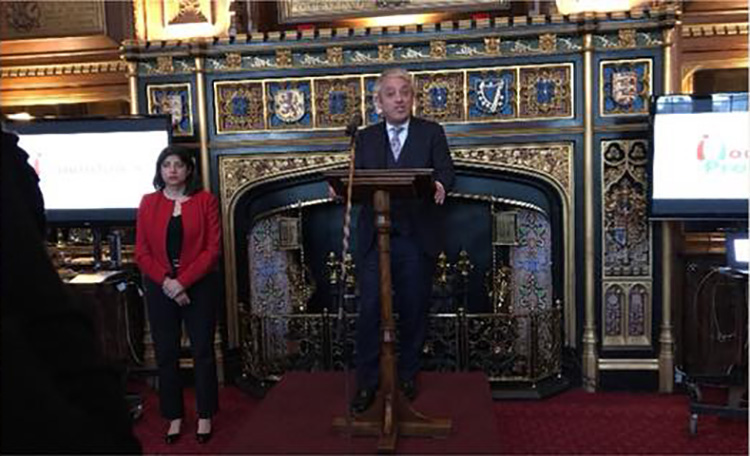 During the last three weeks, our vicar has been busy! He was invited up to the Houses of Parliament by Seema Malhotra MP to celebrate the first anniversary of Hounslow’s Promise. This is a borough-wide initiative to support schools, parents and young people.
All Saints was invited to take part in an Interfaith tree planting in Hanworth Airpark, organised by Faiths Forum for London, together with LBH. Unfortunately due to the snow, other religious organisations had to send their apologies. The four trees that were planted are by the pedestrian entrance from Hounslow Road.
Sergiy has been approached by the Ace Cafe London to be a priest for their motorbike club. He would be following in the footsteps of a former vicar of All Saints, Father Bill Shergold, who founded the biking section of the 59 club.